Selections from the Memoirs

Please share one of your favorite passages from the Memoirs. If so inclined, explain what it is about the passage that you like. Thank you. You can reach me at brian.parks.bolger@gmail.com. 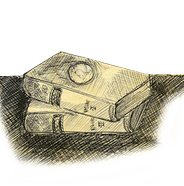 I will get us started.

“We halted at night on the road and proceeded the next morning at an early hour. Harris had been encamped in a creek bottom for the sake of being near water. The hills on either side of the creek extend to a considerable height, possibly more than a hundred feet. As we approached the brow of the hill from which it was expected we would see Harris’ camp, and possibly find his men ready formed to meet us, my heart kept getting higher and higher until it felt to me as though it was in my throat. I would have given anything then to have been back in Illinois, but I had not the moral courage to halt and consider what to do; I kept right on. When we reached a point from which the valley below was in full view I halted. The place where Harris had been encamped a few days before was still there and the marks of a recent encampment were plainly visible, but the troops were gone. My heart resumed its place. It occurred to me at once that Harris had been as much afraid of me as I had been of him. This was a view of the question I had never taken before; but it was one I never forgot afterwards. From that event to the close of the war, I never experienced trepidation upon confronting an enemy, though I always felt more or less anxiety. I never forgot that he had as much reason to fear my forces as I had his. The lesson was valuable.” (Personal Memoirs of U. S. Grant, Volume I pages 249 and 250)

First, it is so well written. Grant sets the scene (and so the suspense) skillfully in a very short space. His heart in his throat which eventually “resumed its place” is a good detail about what he was feeling (and for me, also funny). His combination of long and short sentences, contrast, chronology, and moving from the particular experience to the broader principle are all effective.
But more than the skill of his writing, I am moved by considering how he must have been battling with his cancer as he wrote this and how his honesty and humility shine through even then. I think this episode he relates about Harris being as afraid of Grant as Grant of him must have helped Grant’s resolve to be brave. But I see it as complementing (rather than creating) a “moral courage” that was already well-established in Grant’s nature. And, of course, the other guy may not in fact be afraid at all. 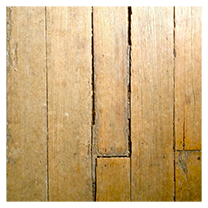 From these boyhood floors
To the planks on the porch at Mount McGregor,
The Memoirs march with
Clarity, courage, and vigor.